In the late 19th and early 20th century, in response to the growth in urban manufacturing, New York City began an aggressive program of building apartments for its expanding workforce.  In many of these hastily-constructed apartments, the materials were inferior; the walls and floors were thin; and the apartments were constructed one directly on top of the other.  So, at the end of the day, a tenement dweller could not help but hear his upstairs neighbor’s shoe drop to the floor, and, when it did, he knew that another shoe would drop shortly thereafter.  Hence, the maxim “waiting for the other shoe to drop.”

END_OF_DOCUMENT_TOKEN_TO_BE_REPLACED

This article explains how various U.S. Customs and Border Protection claims for duties and penalties are imposed, especially assessments arising from breaches of the unfair trading rules,  and it highlights ways in which a bankruptcy filing can affect claims arising from Customs duties. In addition, the article explores the impact of a bankruptcy filing on procedures governing disputes with Customs. 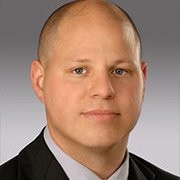 We Are Pleased To Announce Walter W. Gouldsbury III joined the firm Of Counsel and will concentrate his practice in Financial Restructuring, Creditors’ Rights, Real Estate law, and related disciplines.

This PowerPoint was presented to the General Membership of the International Business Law Consortium at their meeting in September in Lisbon, Portugal on the US China “section 301” dispute.

This PowerPoint was used in a presentation before the North American delegates of the International Business Law Consortium at their meeting in May, 2018 in New York on the investigation into aluminum, steel and automobiles.

On April 19, 2017 the Secretary of Commerce, acting upon the instructions of President Trump, commenced an investigation under Section 232 of the Trade Expansion Act of 1962 to determine the effects on the national security of the United States of the imports of steel products.