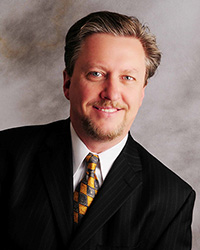 Upon graduation from law school, Mr. Slanina was the sole law clerk for the Delaware Family Court statewide.

He then joined the Delaware Department of Justice. During his eight-year tenure as a Deputy Attorney General, he headed civil and criminal trial units, including the Family Court, Medicaid Fraud and Patient Abuse Unit, and represented state administrative agencies while prosecuting high profile criminal cases.

He has been in private practice since 1993. That practice has included plaintiffs' tort, insurance and toxic tort defense, civil litigation and family law. He has also defended high profile criminal cases, including matters drawing international media attention.

His practice currently focuses on professional responsibility counseling and defense. Mr. Slanina provides ethics advisory opinions for many Delaware, national and international firms and testifies as an expert in professional responsibility matters in Delaware, Pennsylvania and New Jersey courts. In addition, he has served as a special prosecutor for the New Castle County Ethics Commission.

He is the author of "Ethically Speaking," a monthly column discussing legal ethics issues, published in The Journal, the magazine of the Delaware State Bar Association. Mr. Slanina is a member of the American Bar Association, the Delaware Bar Association, the Association of Professional Responsibility Lawyers and the Rodney Inns of Court, where he has served as President. Martindale-Hubbard has rated Mr. Slanina as AV for legal ability and ethical standard based on peer review and in 2004 and 2018, was named one of Delaware's "Top Attorneys" in Delaware Today magazine.
Member:
Delaware Bar – Admitted 1980; United States District Court for the District of Delaware; United States Court of Appeal for the Third Circuit; and the United States Supreme Court

Biggs & Battaglia: 1995 to 1998. Practicing in the areas of professional responsibility, plaintiff's personal injury, and criminal defense.

Erhart & Laffey: 1993 to 1994. Practicing in the areas of professional responsibility, personal injury, criminal and family law.