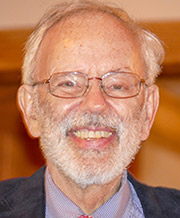 He founded (and was Senior Partner) in a 48-lawyer, Pennsylvania-based law firm that concentrated its practice in such litigation and, thereafter, a 12-lawyer firm.

He was selected by The National Law Journal as one of 50 lawyers under the age of 50 who achieved national recognition for their professional accomplishments and thereafter, as one of the nation's 100 most influential lawyers.